Prof Nicola Mondaini’s editorial contribution is characterised not only by scientific publications, but also as being a reviewer for the most important uro-andrological journals and by participating in the editorial boards of these.

In 2009 he published a book entitled "Vino e Eros" ( http://www.catalogo.giunti.it/scheda.php?idscheda=14923 ) which has become an important contribution to the demystification of andrology and of the role of andrologists by using simple easily understandable language. It sold over 10.000 copies, was presented in many TV and radio programmes and during the "Vinitaly" event at the stand of Tuscany Region.

In 2010 he founded a literary award called "Quarta di Copertina" ("Back cover") which is presented in every December in Florence with the participation of important writers and personalities of literature and culture.

In 2011 he became a member of the “Santa Claus company” www.compagniadibabbonatale.it that every year publishes a book for charitable purpose.

In 2014 he was nominated as Editor in Chief for the journal “Italian Archive of Urology and Andrology” by the Italian Society of Andrology. 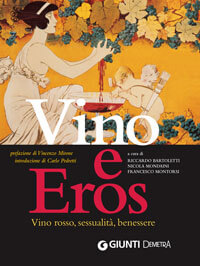 Recognising the fact that sexuality is an essential aspect of human life, the Italian Society of Andrology promoted the book “Vino e Eros” as an educational tool for the wider dissemination of andrological culture and understanding as well as to give practical answers to couples with sexual problems. If we speak about wine we speak about culture, art, history of people, as well as about food and Mediterranean diet which is considered today all over the world as one of the healthiest diets, including for sexual health. 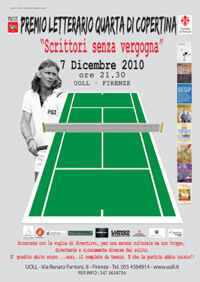 Back cover (Quarta di copertina) is where the authors summarise the subject of their work and their biographical notes in a few lines. On the back cover there is also the ISBN code. This is the most frequently read part for those who browse a book for possible purchase. These few lines greatly influence the potential reader whether or not to purchase the book.